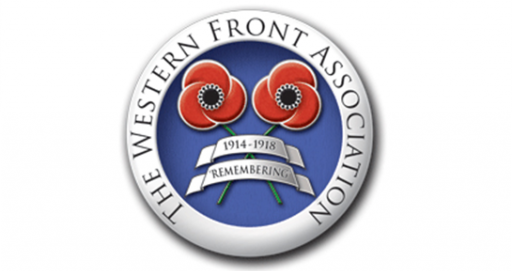 This tour in open to the general public and is run in association with the Western Front Association, non-members would be required to join £29.00 per annum
Our initial 2022 tour is planned to study the battle of Mons and subsequent retreat.

Dr Jack Sheldon will again be joining Clive Harris as in previous years and the pair will consider the early phases of the Great War through a number of key locations from both a British and German perspective. This year these will include Mons, Audregnies, Mauberge, Etreux and Le Cateau. As in previous WFA tours the initial day to day plan is for WFA members with a connection to the Retreat from Mons to join us and form the bulk of the detailed itinerary.

Our WFA National tours sell out quickly and are restricted to just 25 participants to ensure quality, these national tours not only provide a comprehensive study of the campaign, but they also offer an informal, social, weekend on the 'old front line' for WFA members and the chance to remember over a century on.

The tour will start at Ebbsfleet International Station offering superb convenient links from London rail hubs and in addition provides secure parking at a reasonable rate. Transport via an executive standard coach and return channel crossing are also included throughout. The tour is limited to 25 spaces to ensure quality and make this tour feel like a personal pilgrimage as opposed to a large coach group. Personal visits to relatives or people of interest to you are positively encouraged and will be incorporated into the tour itinerary whilst these will be reflected as the group fills up a preliminary itinerary is planned as follows:

Day 1 – Friday 1 July 2022:
Departing from Ebbsfleet International around 100hrs we travel onwards to Dover for our ferry crossing to Calais, on route to our hotel we will visit Casteau discovering the opening shots for the BEF in the War, as in previous tours Jack Sheldon will provide some context to the opening phases of the war from a German perspective, Clive Harris will focus on the BEF, French and Belgium participation and movements. There will be a welcome drink on arrival at the hotel.

Day 2 – Saturday 2 July 2022:
A full day studying the Battle of Mons in August 1914, many of the stands will be driven by the requests of the group, often away from the obvious locations and involving lesser-known aspects of the battle. It is anticipated we will be including Obourg, Nimy & St Symphorian CWGC alongside the Mons Military Museum. The day will end with a visit to Elouges and Audregnies to study the actions of 15 Infantry Brigade and 2 & 3 Cavalry Brigades on the 24 August 1914

Day 3 – Sunday 3 July 2022:
A full morning studying the retirement from Mons towards Le Cateau including time spent at Mauberge, Bavai, the Forest of Mormal and Landrecies where General Haig's I Corps fought a delaying action as part of their retirement. The afternoon will be spent studying the line at Le Cateau where General Smith Dorrien's II Corps made their stand between Caudry and Reumont on the 26 August 1914

Day 4 – Monday 4 July 2022:
Our final morning sees us study the Royal Munster Fusiliers Action at Etreux, from their initial stand at La Chapelle Rouge Crossroads to their final stand in an orchard some miles to the South. We then head for Calais and onward crossing to Dover and UK drop offs.

Whilst I have done many self organised tours this is my first Battle Honours It lived up to all the high praise that others had given them and meeting up with people who had been on so many of your tours was a confirmation of their success.
Thanks to you and Jack who complimented each other so well we saw and learned so much in such a short space of time that I am trying to digest it with reference to the photos taken. Certainly as you said the Tour that goes to places that no other tour ever touches.
Also personally fulfilling in at last seeing the location of the Schwaben Redoubt and the STARFISH LINE makes the war diaries written descriptions more imaginable. So thank you to all who organised it and looking forward to ARRAS and CAMBRAI in 2017
here are some pics of you and Jack in action All the best